China is winning the battle against Coronavirus

By definition you feel that you are caught between two worlds.

But basketball all over the world… speaks the same language, a universal language.

Until a massive problem appears in the horizon, a problem outside the basketball court.

An opponent totally different from all the others, virtually unknown.

A virus that cannot be dealt with scouting.

You need to learn, to be educated, to face it.

China has learned the word “coronavirus” before all the others, before it reaches Europe, before it arrives to Greece.

Now the situation in the country seems that it has reversed to a pleasant outcome.

To me it is a paradox, an oxymoron.

I don’t know how to put it in words, that in a two-months period, there has been a 360 degree turn (regarding the war against coronavirus).

We started with a huge issue in our everyday lives and now China is the first country to return to normality.

I think that the fact (that) we are safe to return to the court to play again, carries a message of hope for the rest of the world. 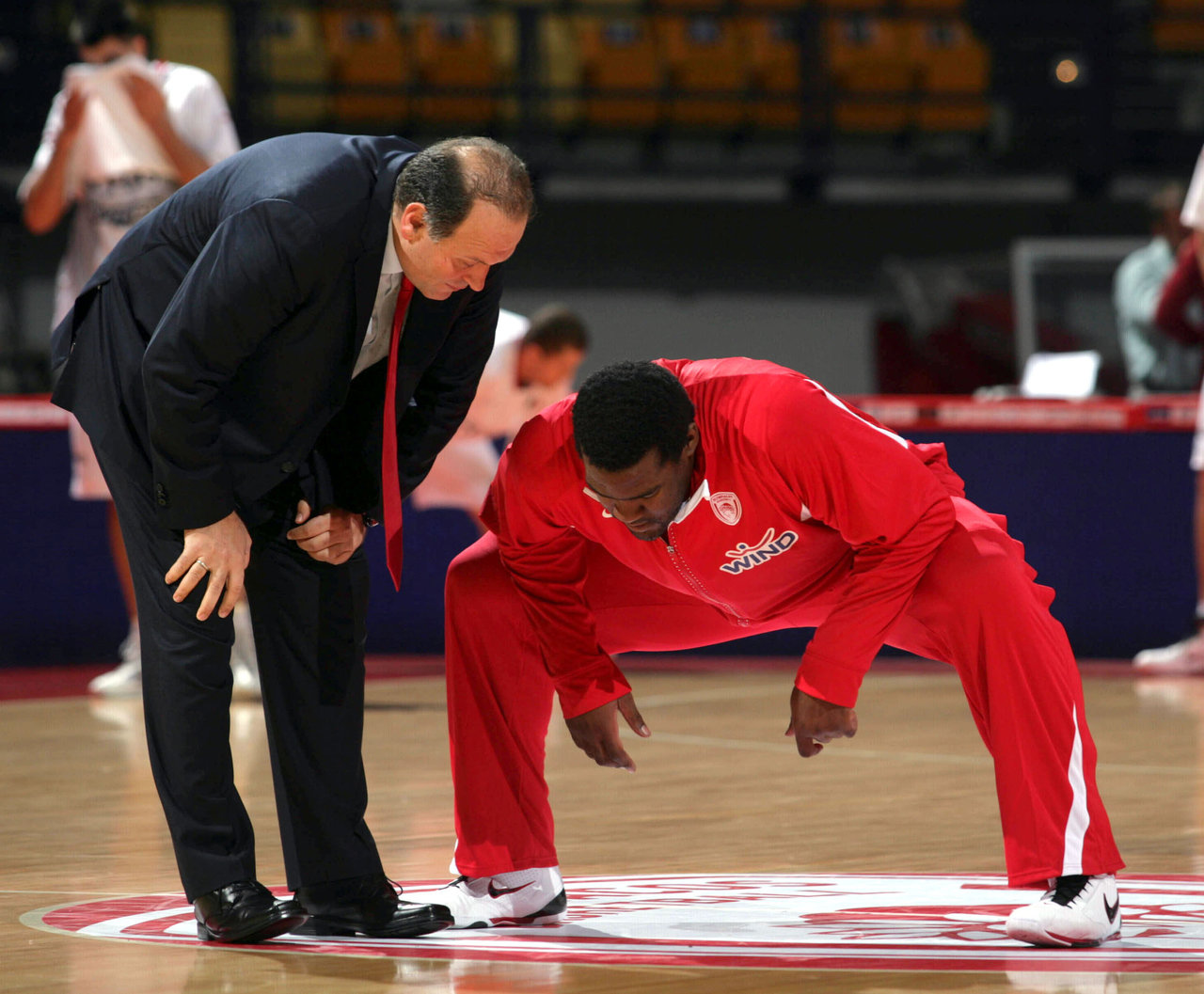 Coach Manos Manouselis (left) with Sofoklis Schortsanitis, during their common term in Olympiacos BC / Photo by: Eurokinissi.

Ever since I got back to Greece I have never stopped talking with the general manager of my club, the Shanghai Sharks.

From day one the plan was for the championship to resume at the beginning of April.

They were certain that they would manage to do it.

In the beginning of March there was serious indication that this has been achieved.

“Manos, we want you to be in Shanghai on March 15. Are you ready?”, was the question with the management.

Yao Ming, the Hall Of Famer former center of the Houston Rockets was the head of our organization a few years ago and he is now the current president of Chinese Basketball Federation.

The Chinese have self-knowledge. They protected all of us when the health issue rose, they would never risk of bringing everyone back, if the problem is not resolved. 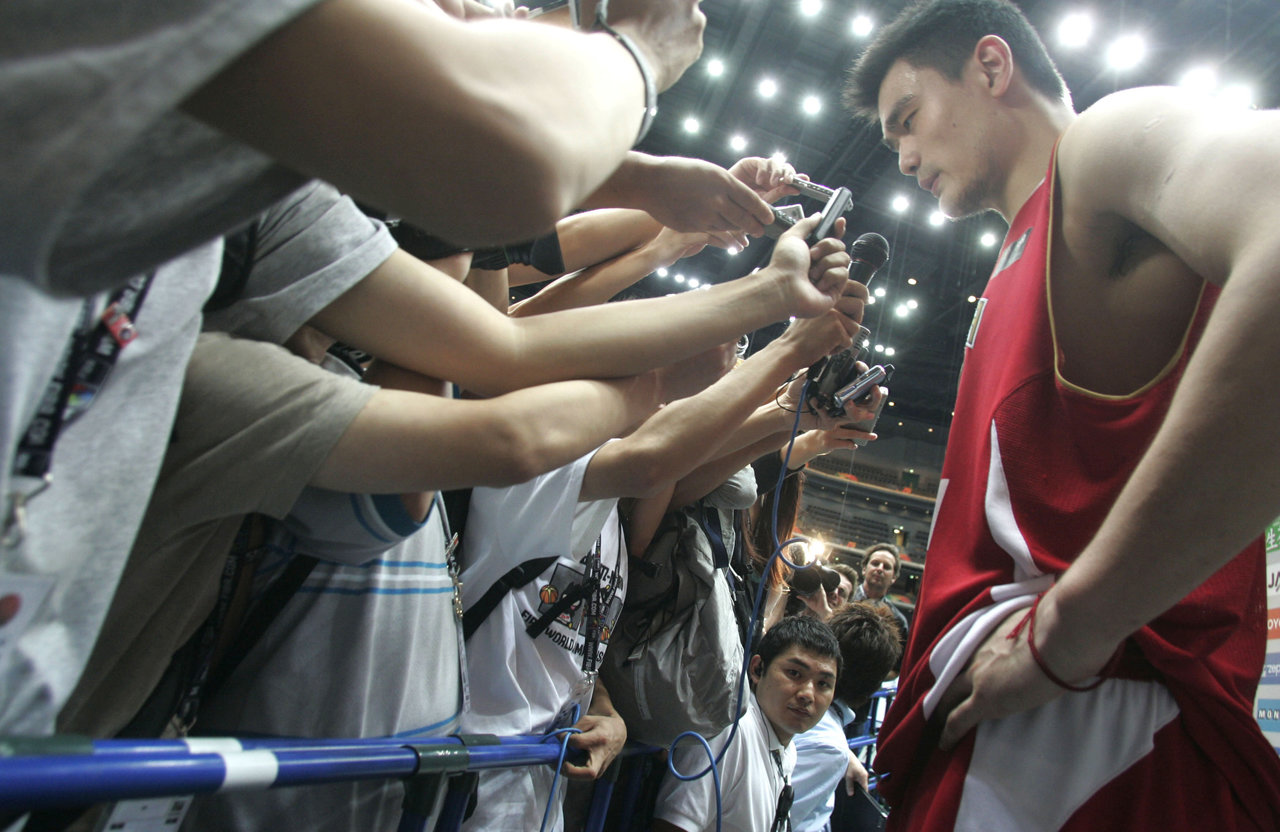 I am back in Shanghai since March 15th of 2020. To manage that, I went through a very thorough check at the Shanghai airport, probably for the first time in my life.

A lot of things can change in a monthly period.

Now everyone in China is very careful, they don’t want the virus to return on their soil. Those of us travelling from Europe and other affected areas of the planet, we are undergoing a series of tests. They take sample from inside our ears, using what looks like a thimble, they check our veins. I have never seen that before in my life.

I did not keep the time, but the duration of the check at the airport, might have surpassed the 40-minute mark.

You can witness with a naked eye that airport staff are very cautious in their interaction with locals and non-Chinese residents who are travelling to China from Europe.

I find this behavior quite reasonable, because they got a lot of nightmares from this epidemic. They want to showcase to everyone that they have managed to overcome this issue, but at the same time they don’t want to endanger themselves, all the citizens of China.

I shall remain self-quarantined in my hotel room, until we get the test results. Then we will resume our training, while we are waiting for the return of the foreign players of the Sharks.

All the basketball players, all the athletes will undergo new medical checks for Coronavirus upon their arrival at the airport, there shall be no exemption.

The management has informed me that we will play the remaining matches in two cities, Guangdong and Qingdao.

There are 16 games left and we will… split them between the two cities mentioned earlier.

All the fixtures will be completed. It looks interesting, seems like a tournament for national teams.

We will play all our games behind closed doors.

One full month of regular season is upon us and then we have the play offs.

As far as I know the foreign players of the league will return to play. Until now nobody has refused to return to China. I am not talking about the players that have resolved their contract with their team.

The Chinese players have not stopped training during this difficult time, so I expect them to be at top physical condition.

Slowly we will return to our rhythm and we will see were we are. Let’s not forget that the team has remained far from action for two months.

As a member of the large sports community and as a father of two girls, I care first and foremost for the health of the people.

But I see the need to start living our lives again, sports will play a significant role in this.

We need to show to everyone that with seriousness, coordination and huge effort, we are safe again.

We are safe to play basketball again, to enjoy ourselves, to live.

In any case we should not be overconfident.

We need to remain serious and all will be good again. 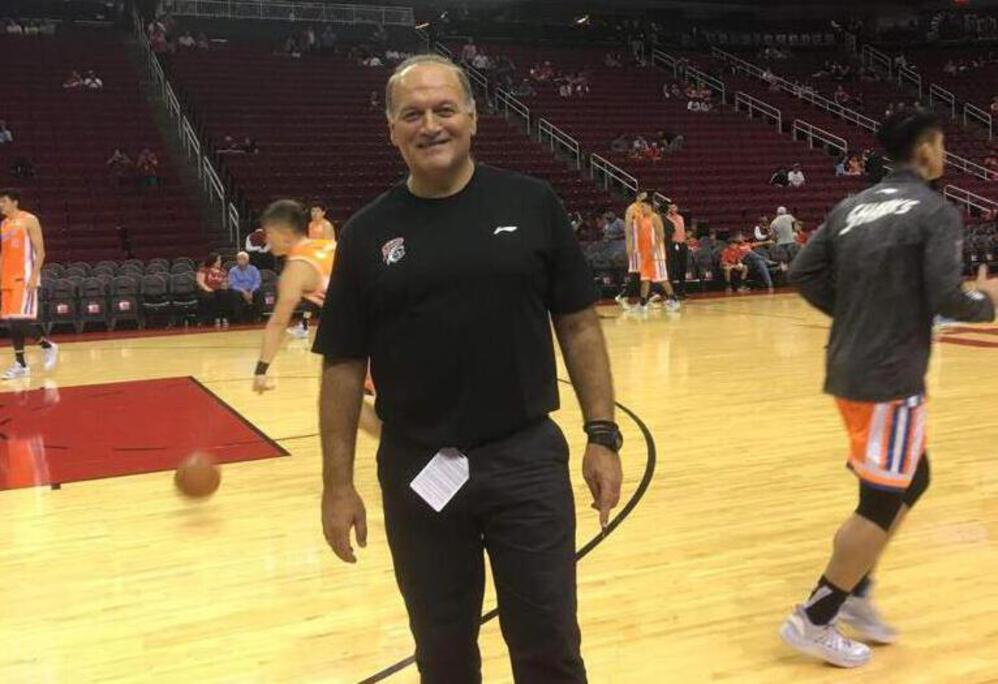 Manos Manouselis is a professional basketball coach and currently works for the Chinese team, Shanghai Sharks.