Every trip back home is certainly a blessing. But this is a sad one.

Obviously we had high goals as a team in Panathinaikos women’s basketball team and we learned that we are not able to even try to achieve them.

Being back to my family is great, but it hurts a little bit because it was an amazing season in Athens.

I got the best teammates, the best coaches in a team known for its history and the love and support from the fans.

We had two months left in the season and it was hard to leave too early.

Of course, after the Covid-19 spread, the health for everybody comes first and it’s more important than games and wins.

Coming back to Philadelphia reminds me of the offseason.

The schedule, then, is waking up, relaxing, hanging out with friends.

But, now, I am still in a self-quarantine for a couple of weeks, so you have to wake up and try to find ways to fill your days.

I can’t go to the gym to work out and I don’t want to run outside yet, because you don’t know exactly who’s going to stop you or if it’s allowed to do so.

Arriving at the States I faced something like a mixed situation, mixed opinions.

Everything, driving home from the airport, looked normal.

Someone will tell you that it’s totally fine, because the country is still “running” and everything moves.

Some other will say that it’s something else, something more.

Right now, in our little county in Pennsylvania the things are fine, but we get information that in other cities the problem with Covid-19 is increasing…

We are not that far from New York or New Jersey, where we learn that there is a whole different situation.

We hear reports that people there are running away from elevators and, for sure, that’s scary.

The flight was a kind of scary for me, too.

I don’t like flying, generally. I have claustrophobic thoughts and I was in really high anxiety travelling and wearing the masks and the gloves.

But the check wasn’t as bad as they say.

They were checking our papers and travel documents in two or three different spots, asking where we have been, checking our temperature and stuff like that.

They did a good job, but I can’t say for sure the situation earlier, because I wasn’t in the first “wave” of Americans running back home.

The main instruction is to stay in self-quarantine for 14 days, as a precaution. I decided to follow it, even though I don’t have any symptoms or high temperature.

I still stay away from everybody, for their safety, for my safety. I came back to my family and for now, unfortunately, one week after landing, I can’t see them. 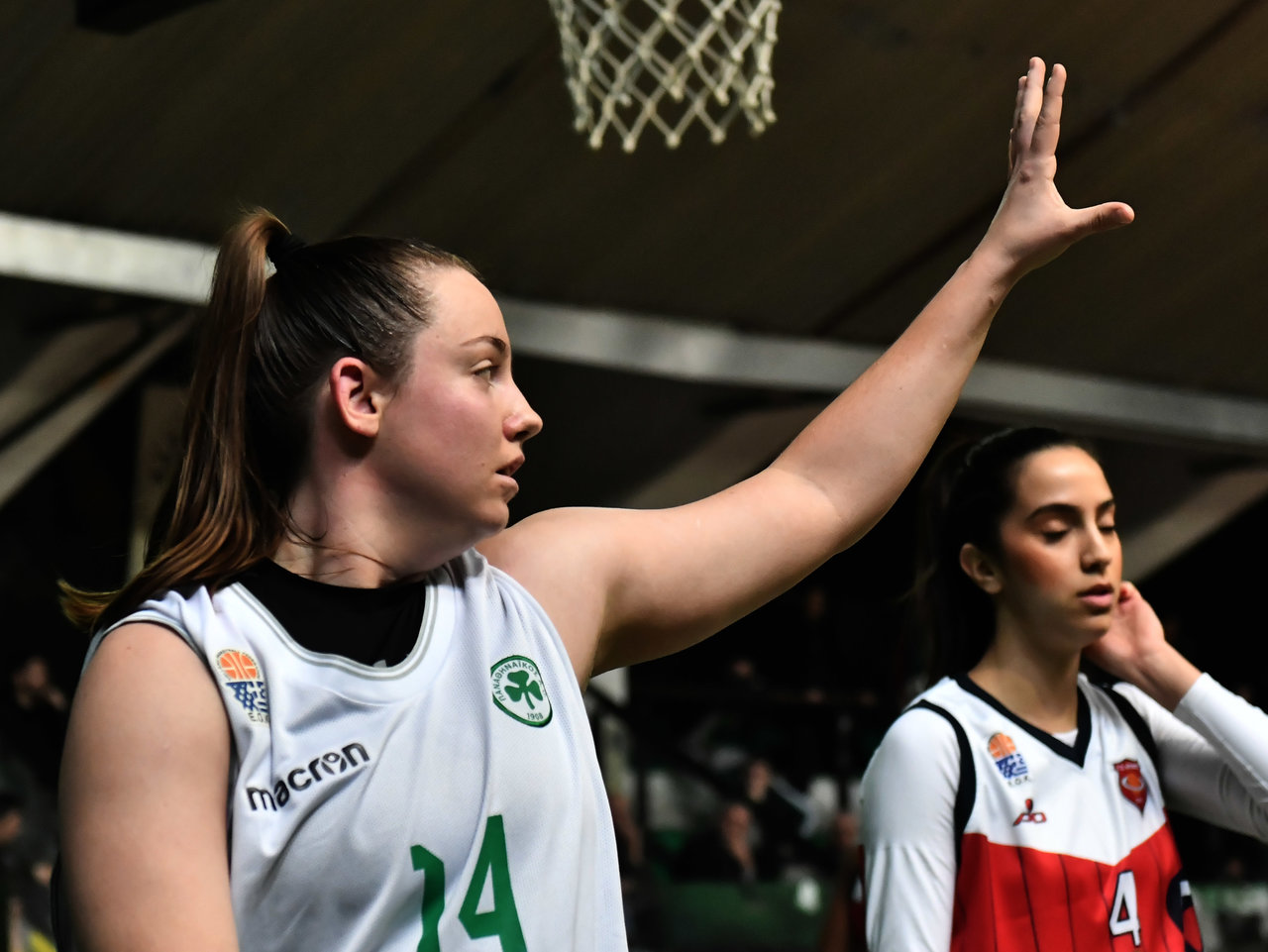 Learning the news and updates about the coronavirus was sudden.

Everything, from the beginning in China to the worldwide spread, came up pretty quick. It “hit” us quickly and all came at once.

At start, there were thoughts to continue the games in Greece without fans. In the same breath, everything was cancelled!

From what I was told and understood, they took drastic measures really quickly in Greece, to stop the spread.  Obviously, if you look at the numbers, they didn’t do a bad job.

When I first heard that athletes and all of us should stay home, I was pretty scared because none of us have ever been through something like that before.

But, as it came and you had the opportunity to be out and get food or anything else you need, it made it less stressful.

I and my teammates were trying to be careful.

But going out to get food and see all those Greeks hanging out, I thought that you guys really like to have your coffee outside and go to the beach! I guess all that, though, led to the traffic ban.

I know it’s hard to find away to keep a balance and trying to keep yourself and everybody else safe.

But I am not a person that has all the answers or know much about the virus.

The coronavirus is not something from my background. I prefer to listen to experts, do what I’m told and stay away from people as much as possible. 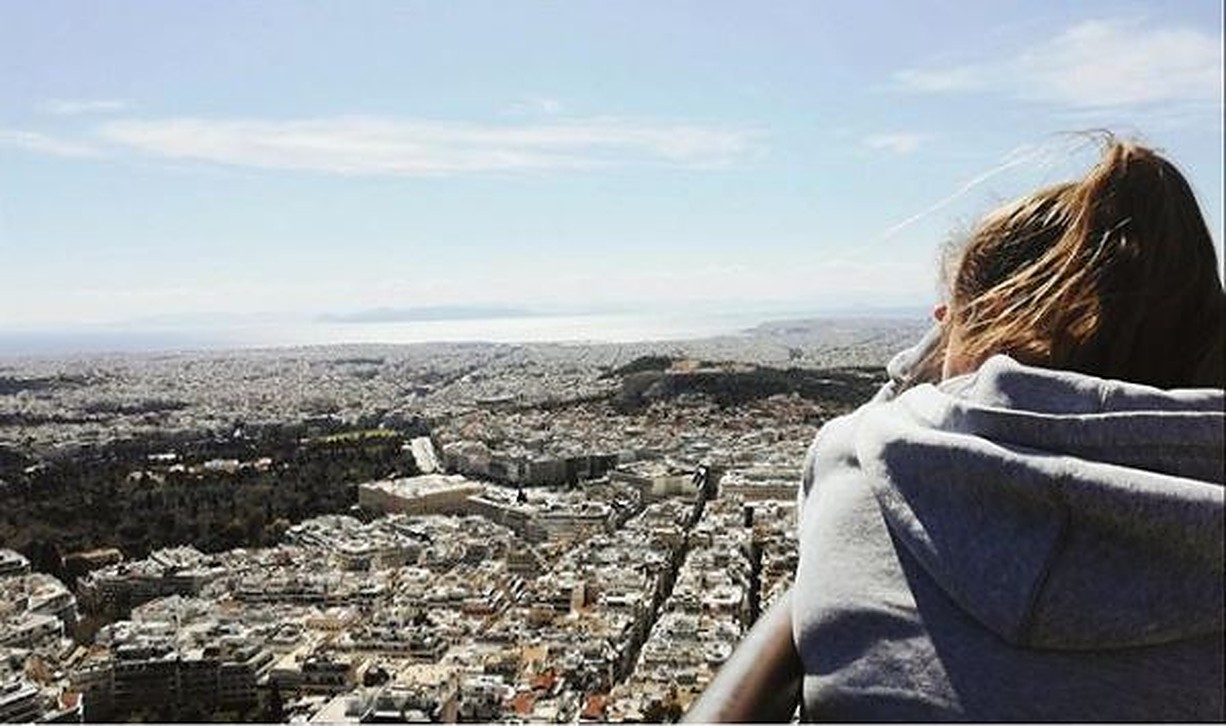 I didn’t feel lonely in Athens.

The American players live all together and it was great to have someone to talk and take away the stress and the pressure. It’s a strange feeling to have to be isolated.

We tried to go out and run or take long walks, because in the middle of the season your energy levels are high.

We used to train twice a day and now they tell us to stay inside.

We did a good job keeping our distance from each other and at the same time making sure everybody was OK.

We didn’t have to worry food-wise and we could workout or do some training at home.

The league lockdown was no scary, but definitely a shock to us.

We were talking to our families back in the States and telling them not to worry. They were looking that the numbers are not similar to Italy’s, so it was easier to calm them down.

My family was OK with what was going on in America and in Greece and they wanted to know when I would be able to come back.

They knew I was in an apartment where nobody is sick and just asking for updates.

When the travel ban to and from U.S. came across and were not allowed to come back and forth in the States, we started wondering how long is going to be for.

If it was for one month, for example, I had no problem stay in Greece. But if it was for more, the athletes would have to start finding solutions, financially-wise. 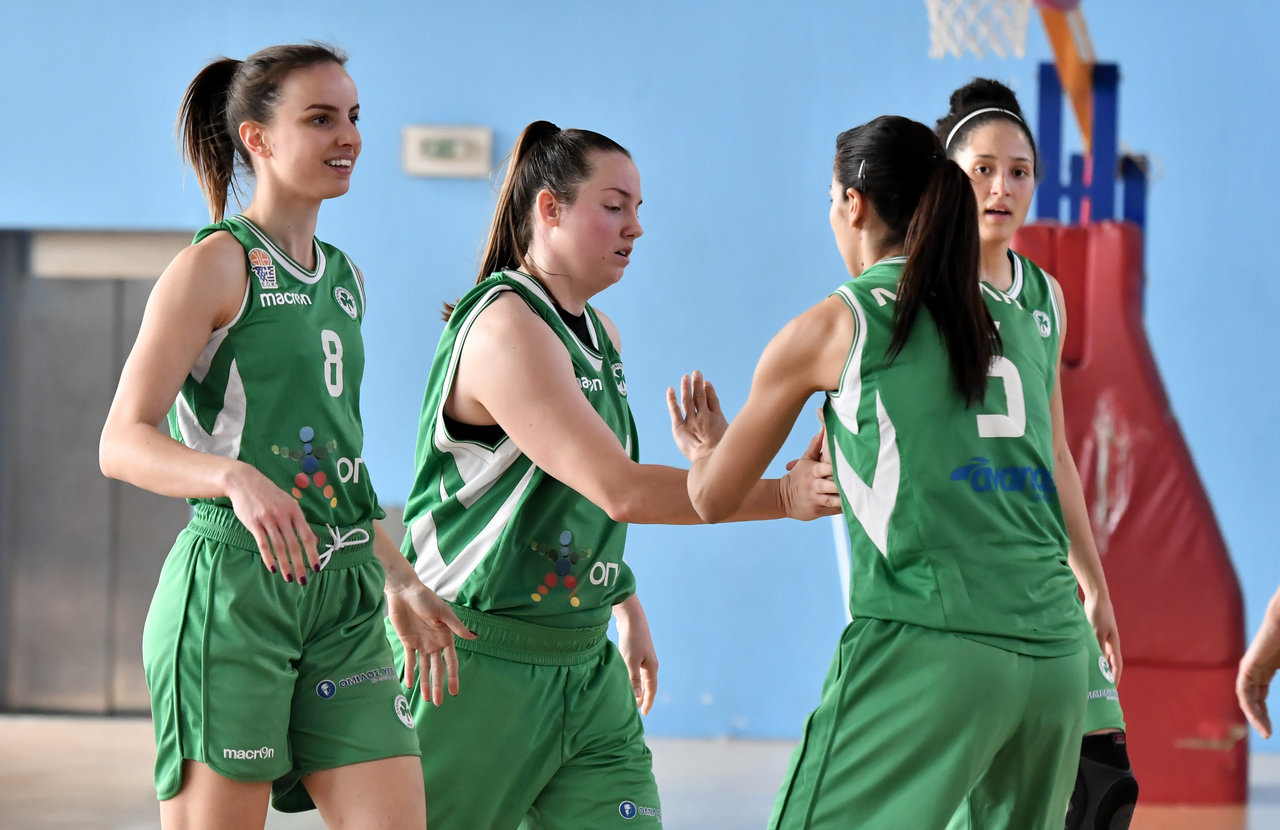 I never really worried about my contract, after the Greek A1 league suspension.

Panathinaikos did a great job taking care of us. We are still under contracts.

The team is still very supportive, they kept asking the players if we needed any money for grocery or the super market.

The coach was very willing to help us. Panathinaikos has a very good group of people that does its job excellent.

It’s nice to have that kind of people around you. Every night someone from the team brought us food and even though you can’t touch them, you feel they are close to you.

They are there for you, not just on the phone or perhaps disappearing.

I didn’t have any stress and financially we will see what’s coming, as we have two months left in our deals and we ‘ll wait to see if the season will be resumed.

It’s a question, but Panathinaikos’ people did a great job settling our fears and keeping us calm.

They say it’s stressful for a player to be isolated and do some training at home.

I don’t see it that way. It’s not difficult.

You got to find a way. You can run on the streets. You can find some space at home to stretch out.

The funny thing is that while athletes have a tone of energy and have to work out twice a day, we have also low energy as well. Guess what… Lying down in bed is not a problem!

We go up all the time and we always need time off.

So I don’t think it is as hard as people have it in mind, because you have to rest.

The season is not typically over yet and it’s hard not to be able to keep going the right way. At the same time you got to rest and try to work out in a way that helps you be in a good shape, if the games will continue.

But, generally, it’s good to have time and space to distress a little bit.

During the isolation in Athens and the quarantine in Philadelphia, I watch a lot of TV shows. A lot!

I got apps that track everything on my phone and updates for new releases. I always go crazy when it comes to TV!

We are facing an obstacle we have to get over, as persons and as athletes.

It’s not easy for us to continue working out and stay focused. We have to be more motivated, because we are usually in the gym and now we got to run outside or train at home.

Because it’s not difficult to lose your mind, get stressed and go crazy.

Summer schedules are the same way, with no games, and you have to find a balance.

A Groundhog Day, keeping the same schedule every day, it’s an easy way for me to get it done. 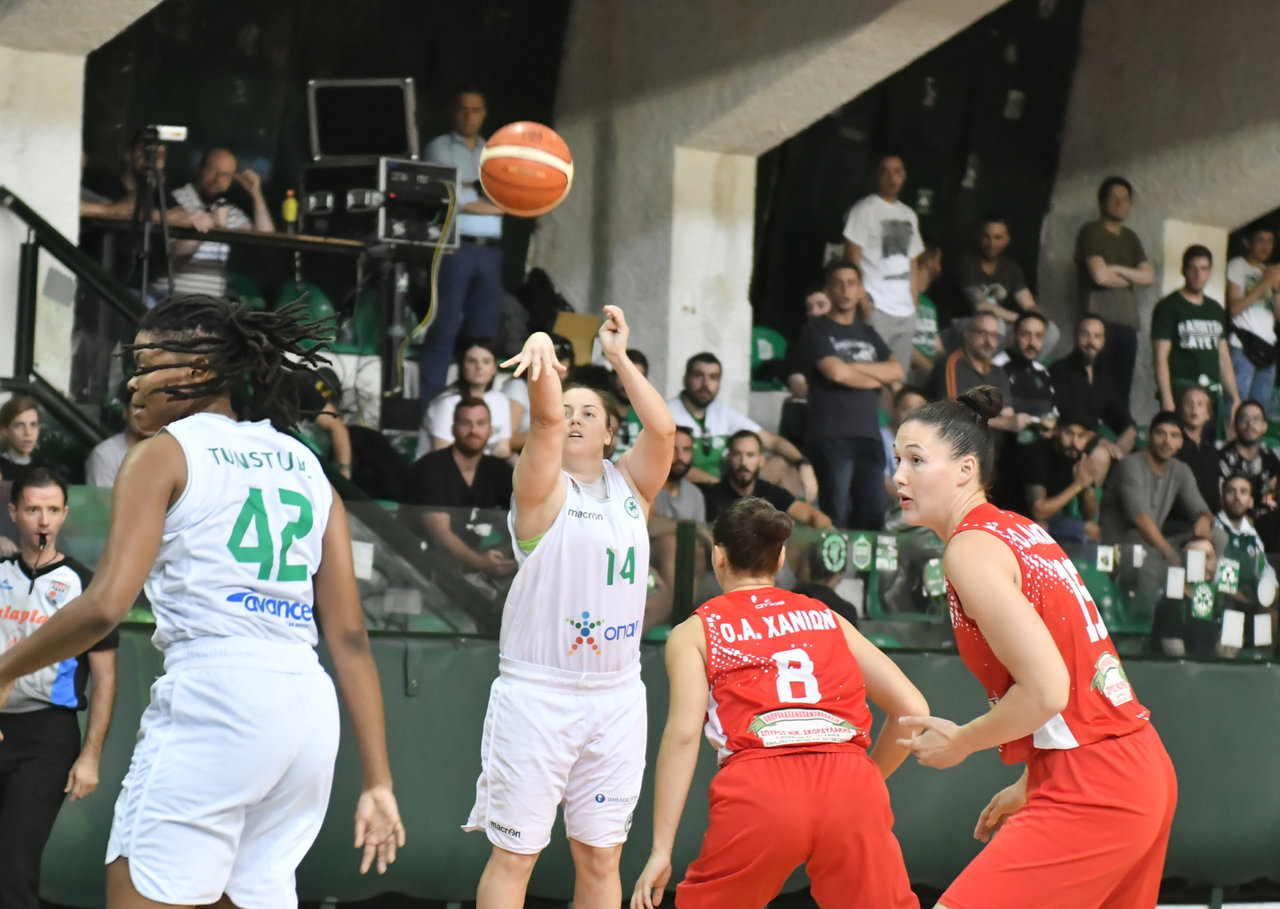 Sports are obviously worldwide love for all of us. But right now health and safety come first.

Sports are not going to go away.

As soon as this is over, hopefully pretty soon, the games, the practices will start again.

I understand that many wanting for that to come sooner, but right now it should be the second thing in our head.

We are athletes and no doctors. We have to listen to those who give us any advice and wait till somebody tells us to go back to the court.

We have to listen and follow the people above us.

I get that fans want sports back, but so do we. It’s time for patience.

Athletes also want to be there fighting, as they are used to. We want to play as much as the fans’ desire to watch.

It’s a period to stick together, stay calm and safe. 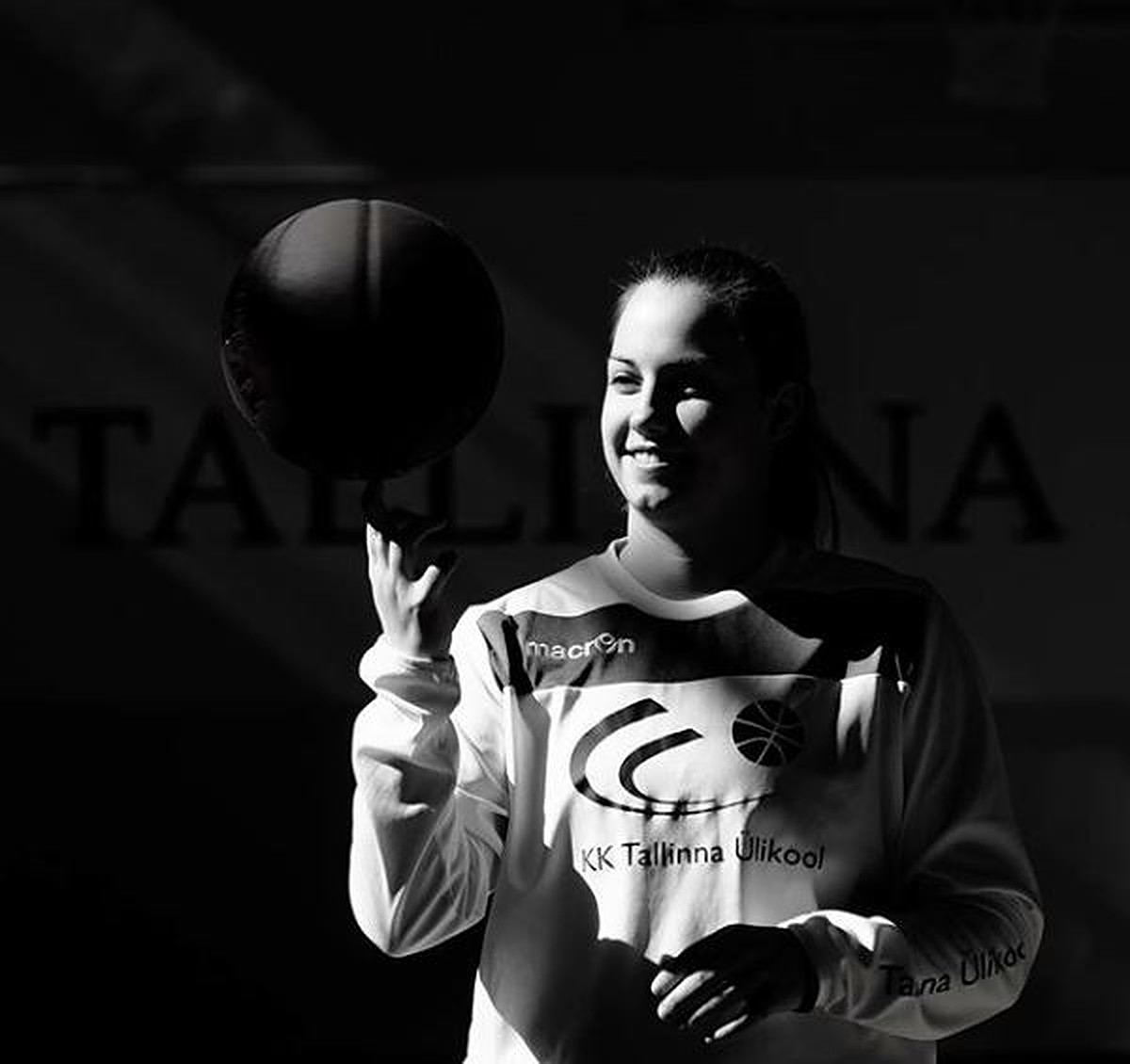 Samantha MacKay is a professional basketball player and plays for Niki Lefkadas.

ALL STORIES ON WOMEN IN SPORTS