There are times that I don’t know why I’m where I am. But I don’t forget why I started balling. I wanted to be accepted.

I worked hard to be an important piece of a team.

I worked hard to be an important piece in my community, back in Kinshasa, where I lived after I was born in Lubumbashi, a southeastern city in the Democratic Republic of Congo, in Africa.

Basketball was meant to be my way out. My blessing path which I continue to follow, during both happy and hard times.

Like my childhood memories… I mostly remember that back home we use to chat every night with my family before going to sleep. I was the funniest of all!

That was my defending mechanism to stay calm and focused because I grew up in a broken family, with my mom and my four siblings.

I was three years when my mom and dad got divorced.

My dad used to get drunk and beat mom. She stood up and had our custody. She did everything for us to survive without the help of someone else, after the divorce. We went through a lot of things till the moment I find myself in the street, homeless…

But the education my mother gave me helped me to be who I am today. 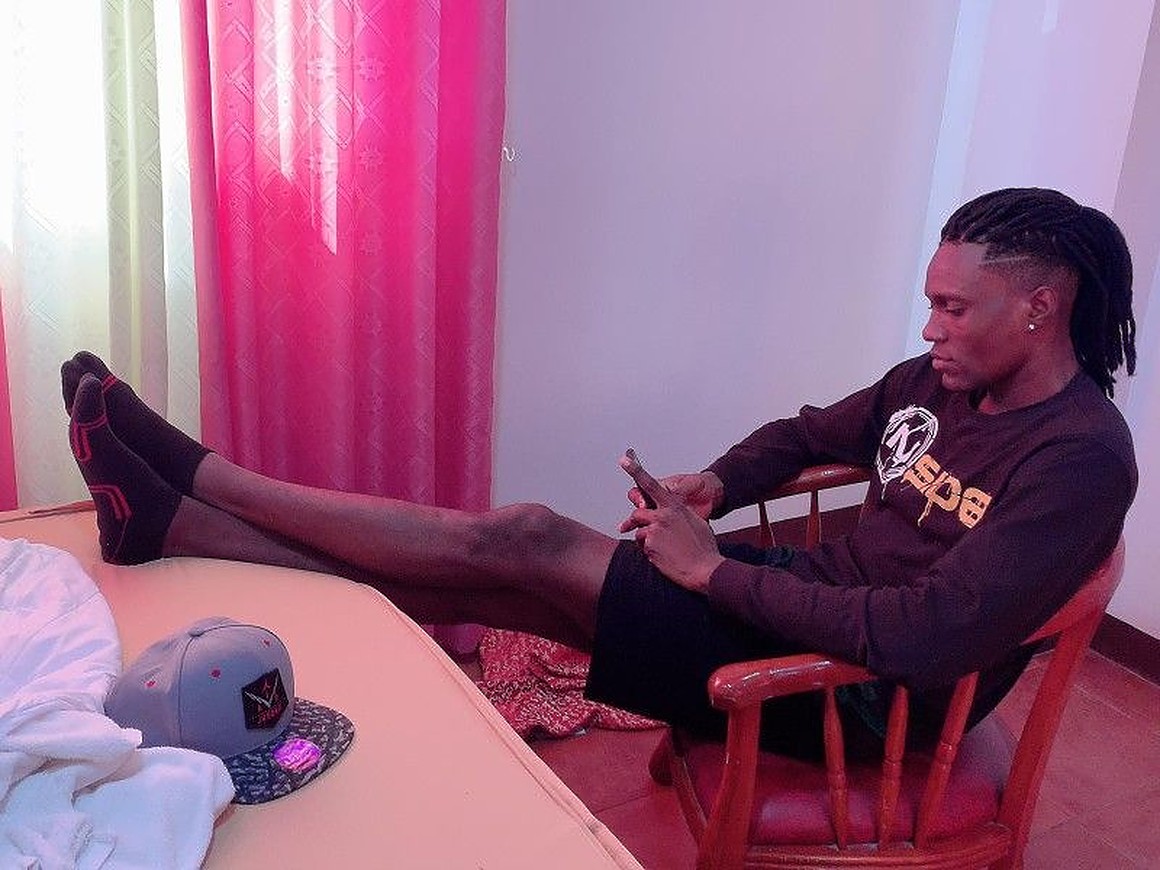 Growing up without a father figure at home and once being homeless, really changed me as a person.

My mom went broke, after a robbery in our house, in which she lost all her capital.

We could not pay the rent and she was accepted to stay with a friend of hers, but she was not allowed to bring a son in that house.

I lied to her that I have a place to stay with some friends, to avoid seen her suffer for my situation.

It is was hard to get some food and being a homeless guy in Africa is like being cursed… Nobody will give you value.

They will look at you with pity, but this situation changed me. Since that day I decided not to have kids because I don’t need to see my kids living what I lived.

I also decided to work hard to pay a house for my mom.

Before I come to play in the Philippines, I was collecting clothes and food to give to homeless.

I tried to never forget what I ‘ve been through and make sure that besides myself I will do my best to help my community and everyone in need. 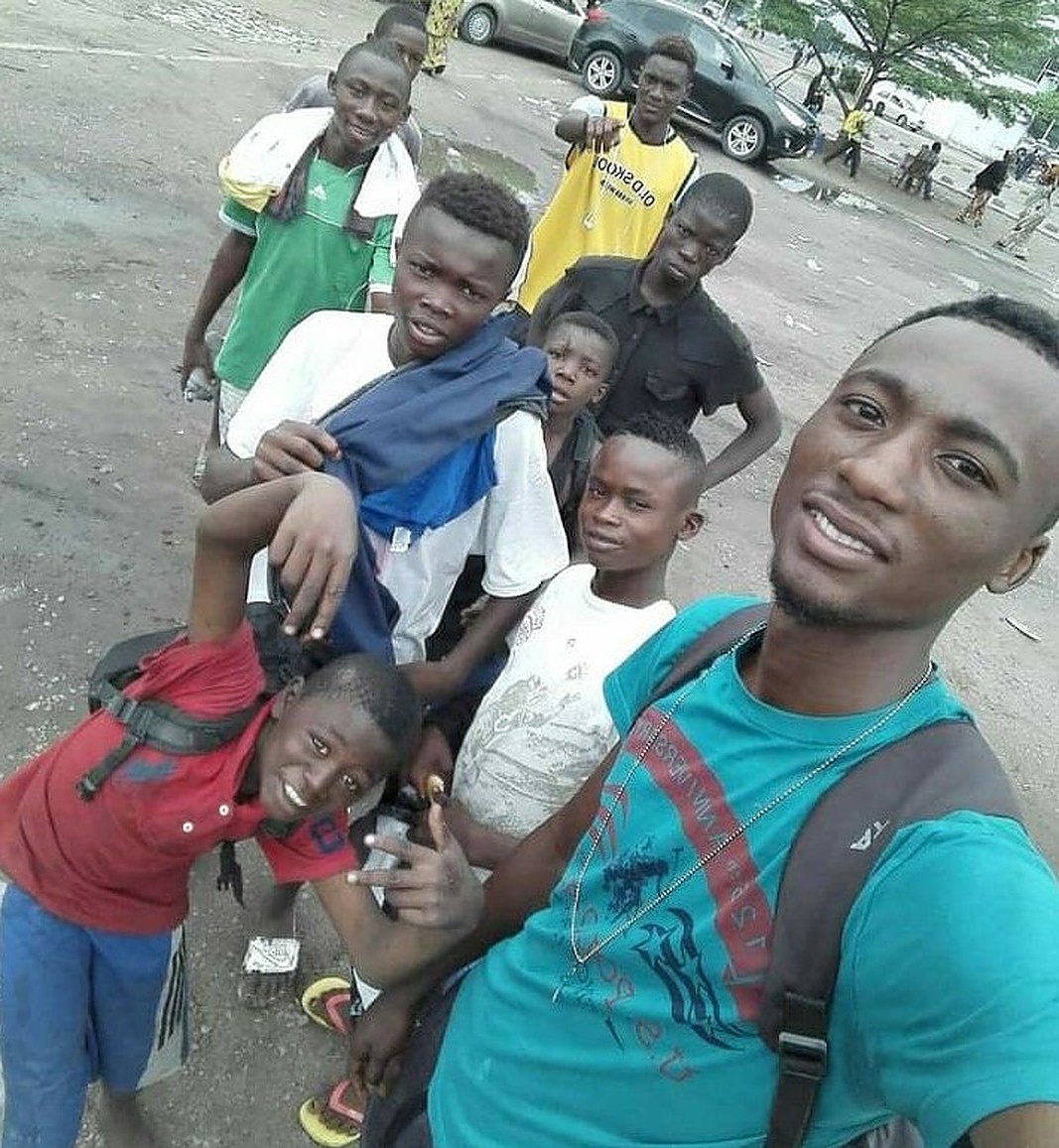 My birthplace is known for the political problems, the economic crisis and the non-development of basketball, due to lack of equipment.

I remember that we played basketball with tennis shoes. Shoes with holes… It’s never easy for a child from my home and my country.

Playing sports was forbidden by mom, so it had to be done in secrecy!

When I was still under 15 years old it was football that I played. For my mother, any sport was categorically a huge “no”, because she thought I had trouble concentrating at school.

It was hard for her, as she wanted me to be a doctor.

So, I had to go out in her absence and make sure of come home as cleaner as I could.

After my 15, she was no longer hard on me and I got her permission to compete. I was like a dream!

When you ’ve already made a difference once, trying to grow up and survive in difficult situations, it always helps you to move forward no matter what.

I realize that I want to follow the basketball path at that age, and I could see how hard it was for my mom to support my studies. That moment I knew that only basketball could save me because it was the only thing I did with passion.

When I got my mother’s support, she offered me my first basketball shoes and every single day till now she prays for me. 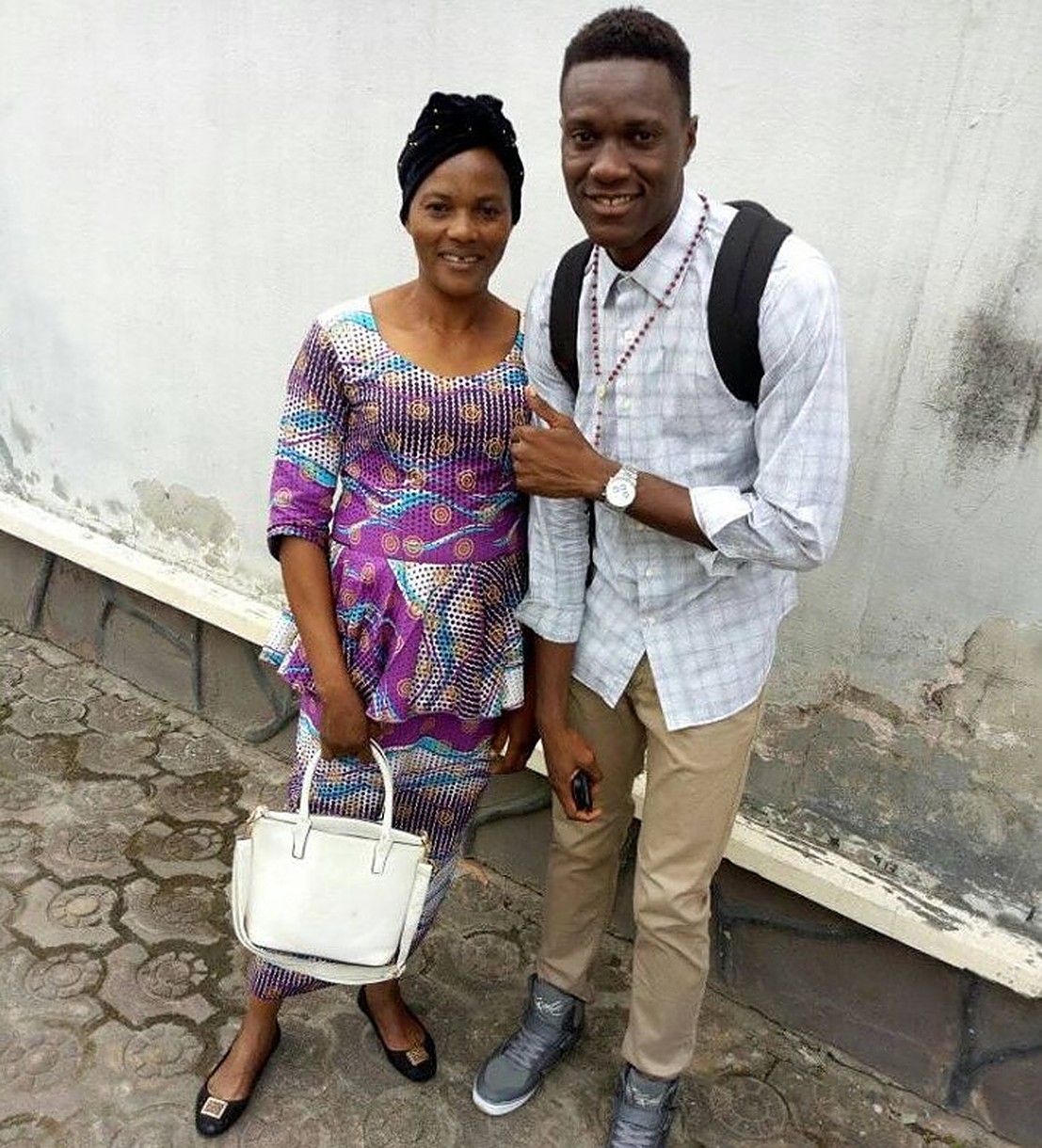 My mom deserves all the credit for my studies, in Philippines.

I also had the support of coach Melki Villanueva and scholarship as a student-athlete.

But my mother opened me the way to be a man of my own and to overcome doubts from people, to get through mockery and injustice. I also know that without God’s help with all I have been through, I would not have been where I am.

I remember that I used to say that I ’m gonna play in NBA or a big league in Europe. But for people from my place, I guess it is still a crazy dream, something impossible.

They tried to ground my ambitions, suggesting other dreams.

I faced mockery, most of the time, as when they always telling me that there are more talented players than me who did not dream big like me.

Many of them thought I have mental issues. But you should always believe in yourself.

The opportunities are not big in Africa. I also faced injustice in a team. It’s almost impossible to have playtime if you are not from a good family or if you don’t corrupt the coach…

I remember my friend who was selected in U16 national team telling me that you need to give the 40% of your salary to the coach in order to be part of the team! 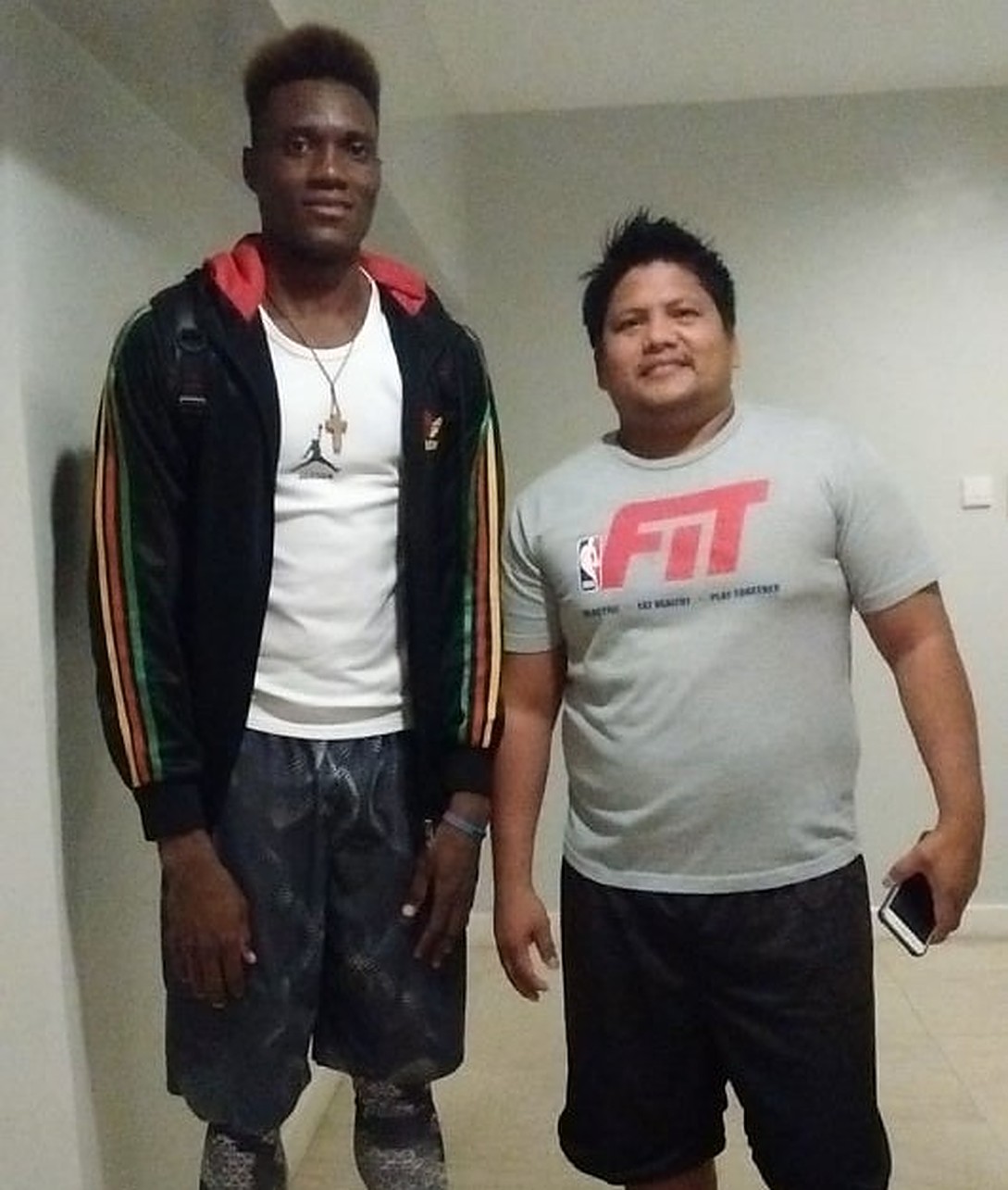 Having the chance to play abroad was, at first, a blessing.

Even if being a student-athlete never is easy, even in USA and the NCAA, where, though, the system is different and you have more visibilities in there, than other places.

I moved to Philippines, where tough challenges were waiting for me.

The moment that still is in my mind is my first official game here.

After the match, the coach and each of my teammates were with their families. I was alone… Yeah, I felt alone more than ever.

I told myself that I am not gonna let this “beat” me.

I decided to watch my games on YouTube right just after every locker room meeting. I started playing video games, just trying to be busy.

It was strange for me to play tournaments and games sometimes at 11 o’clock, at night! That’s the schedule like during vacations in the Philippines.

I gave my all and I am proud of my progress, in the first year. I was a rookie and it was hard to fit in easily.

The first challenge was for basketball.

I am a forward, some other times playing shooting guard, but the first coach needed me to play center, defending 6’10’’ or 7-footer guys.

He needed me to play physical, even if there is situation that you don’t have to play so hard, but he is coach, meaning you must follow.

I thought I was losing the taste of basketball with his system.

Another fact is that in Philippines, when you win the game there is joy and it is teamwork. If you lose, it’s just the fault of the black guy… I was hearing whispers in the team between players telling each other not to pass me the ball.

Once, I finished the game with two points, all of them made by free throws. They didn’t pass me the ball, even if I was open. It’s hard to be in a team like this. 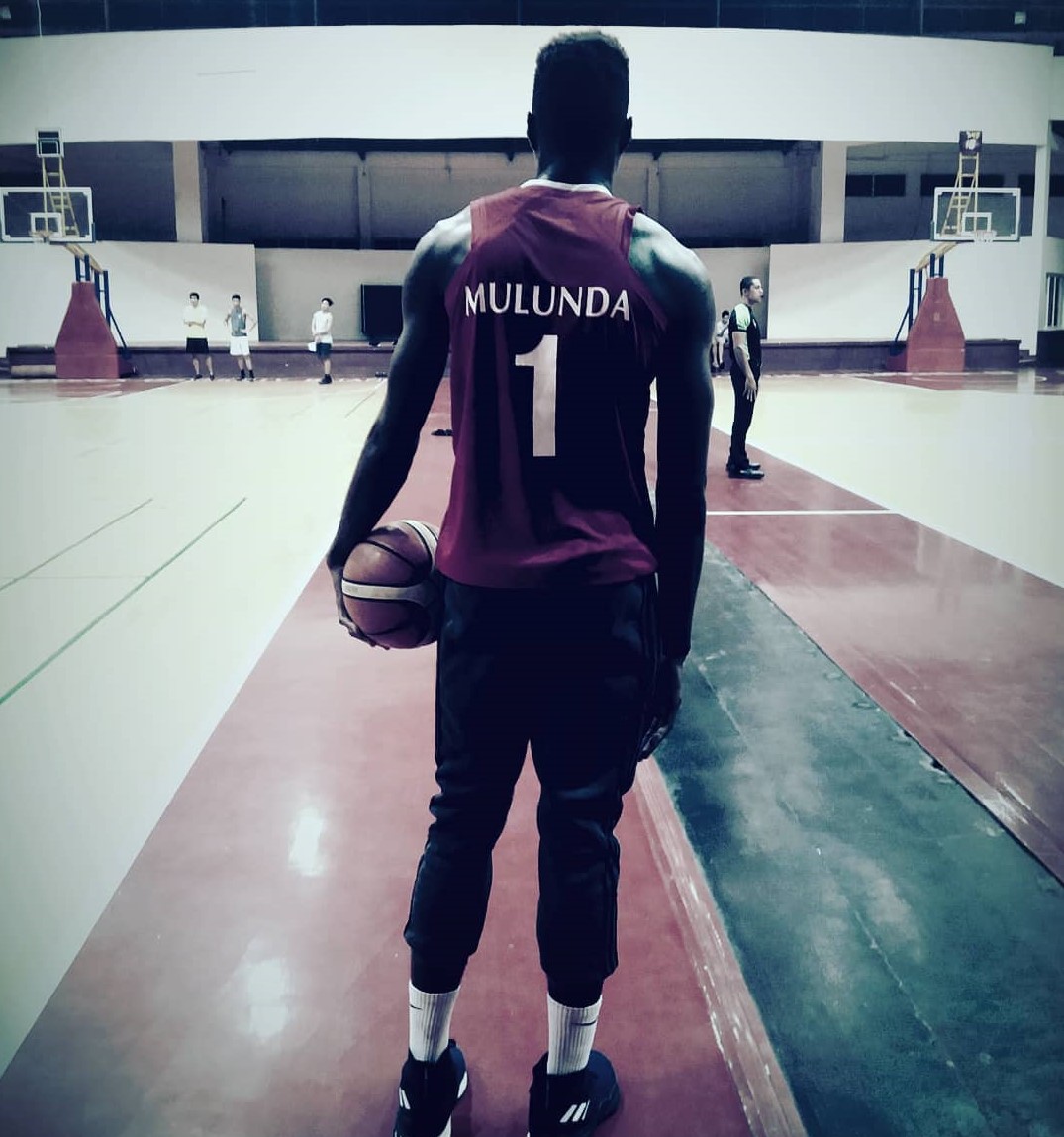 Can you imagine see a big guy crying?

I had just started dominating in basketball in Philippines, but that did not please some people in my team or other opponents.

Can you imagine facing a racial bullying in your own locker room, by your own teammates?

One player from my team turned off the light in the dormitory and said: “Ars is black, we cannot see him in the dark”… Someone else added: “He is here beside me. I can tell because he is black and smells bad”. I did not react but later at night I cried…

That thing went on. Every time my coach was mad, he used to call me “black guy” and not by my nickname.

In a game, two players made a foul on me. After the call, I walked away because they called a time out and I heard an opponent saying “tangina unggoy”, which means “dirty monkey”.

In Manila, every time you go in a public place or if you ride the train or bus, you will see people covering their noses to “say” that you smell bad… 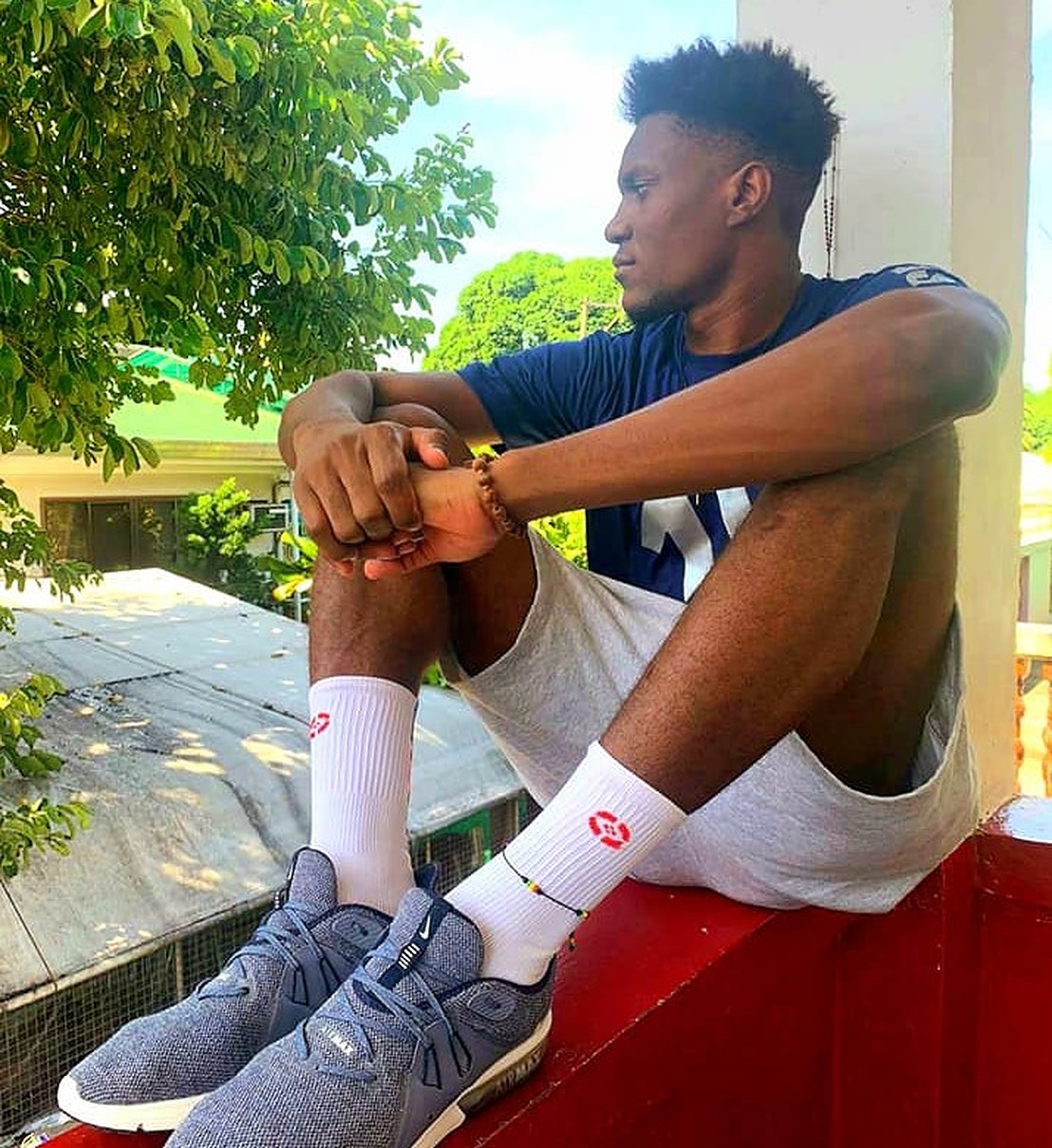 All that hurt me, but I was prepared. I once was a homeless. Discrimination, racist, mockery… I used to put it in the same bag of haters.

I know athletes are usually idolized, the same way I idolized Kobe Bryant and others.

But I don’t like to talk about race or politics, because it is a world that I don’t master. Although, sports persons should speak and raise their voices about social matters.

Let me remind you that sport is unifying people from different cultures and players should speak publicly about staying as one.

Of course, being a sport person doesn’t mean you are an example. It means you somehow connected to sport by your profession.

The great advantage is that you are listened by millions of people through sport.

We are in days of hate and segregation and it is because we have given more importance to it and forgetting that love continues to dominate over hate.

We have focused our eyes and cameras on hateful acts, that’s why it seems to live in days of hate.

It is a call, a mentality, it is a way for a life that only sees and cares about love. 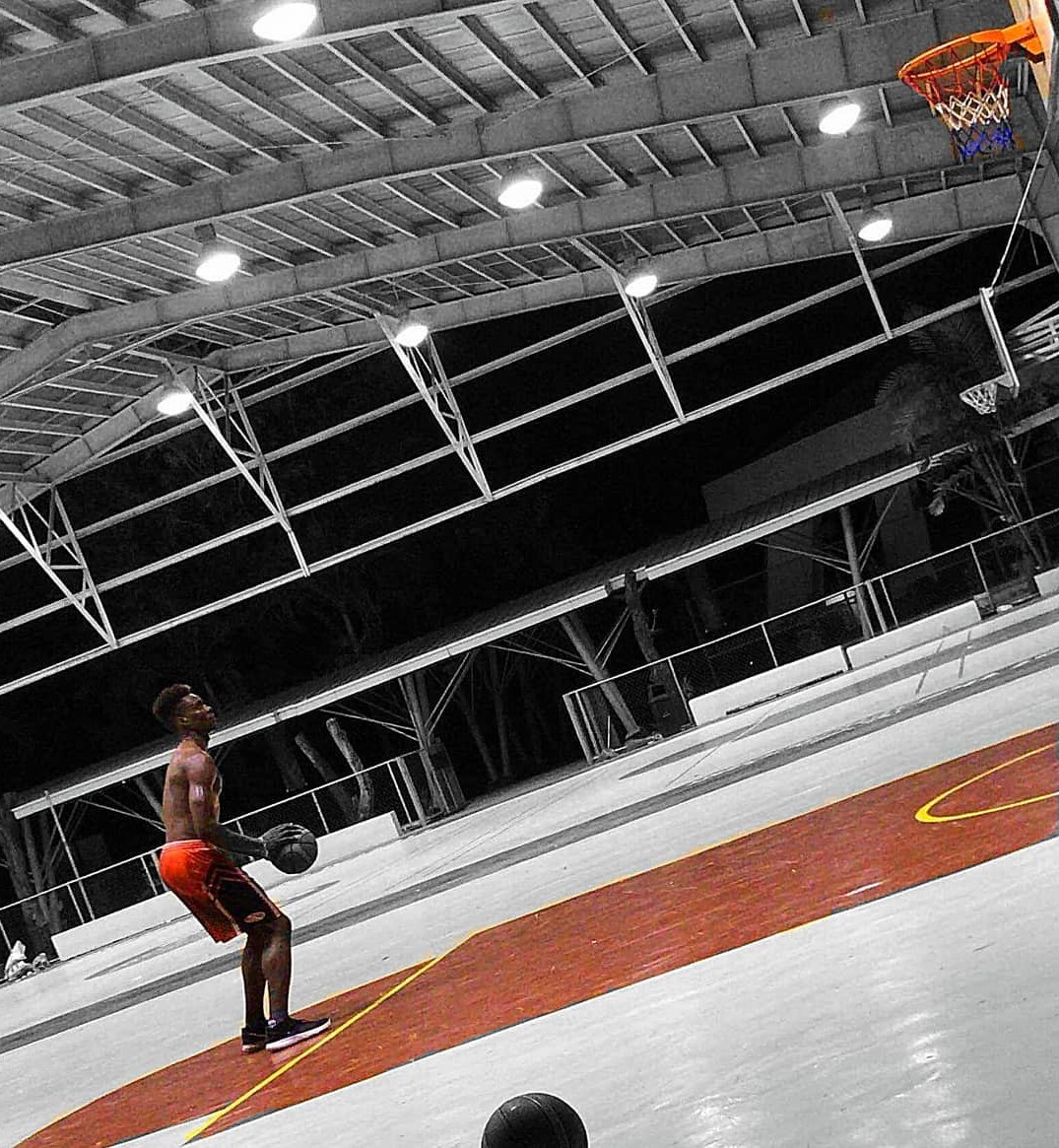 Haters will always be there.

We don’t need to mind them or give them value cause they told me once that “hate is poison that slowly kills the one who cultivates it” and advised me to just rise above it, one step forward and I won’t see it or feel it.

Another hashtag I love is “#ShegueyArs”, which I print in many of my clothes. “Sheguey” means homeless kid in Lingala -a Bantu language- and “Ars” is my nickname.

The hashtag is to remind me where I come from, as this was my lowest level I lived.

I dream that when I’m gonna be great I need to help those I left there without help and hope, abandoned to themselves.

I dream that I will play in the biggest stage of basketball and see my mom proud of me.

To be successful, you need to work hard, be disciplined, stay humble, do not take any opportunity for granted and always put God in the first place.

All I can ask is opportunities to start my professional career, but I still have a lot of things to work in my game.

I am still chasing my dream, as I learned that nothing is going to be easy.

You don’t need to give up, you should find way to stay motivated and ready for new opportunities. I learned that from my mother, because my biggest inspiration is still the tenacity of my mom. 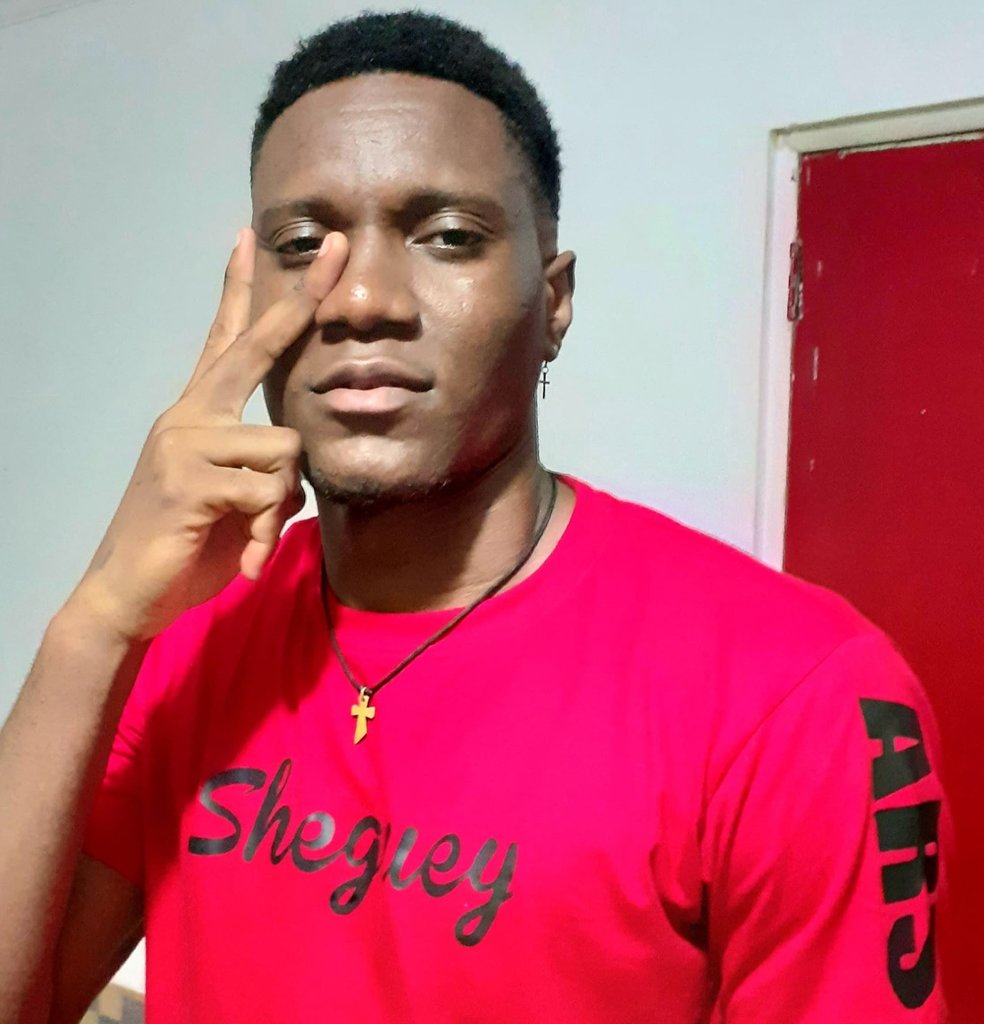 Arsene Mulunda is a basketball player from the Democratic Republic of Congo.

ALL STORIES ON RACISM