The Weekend Of Glory

There are two words in sports that are worshiped in the United States.

Here in Europe they have another great two-word expression…

A huge event whether it’s a domestic competition or, especially, the Euroleague’s weekend for the ultimate prize.

The trophy of the European basketball champion.

You have to play two great and important games in 48 hours.

I think that each coach have his own method to approach the event.

The same thing for everyone is that there is an NCAA Final-Four mentality.

Which means, in simple words, you have to win the weekend.

That’s the “March Madness” of the American College Basketball.

That’s also the Euroleague’s Final Four, the “May Madness”!

Win the first game and don’t worry about the situation before, or what’s coming next.

After the semifinal, you can focus on the next game. Then it’s the right time to look forward. To focus on the final.

And get your eyes on the prize. 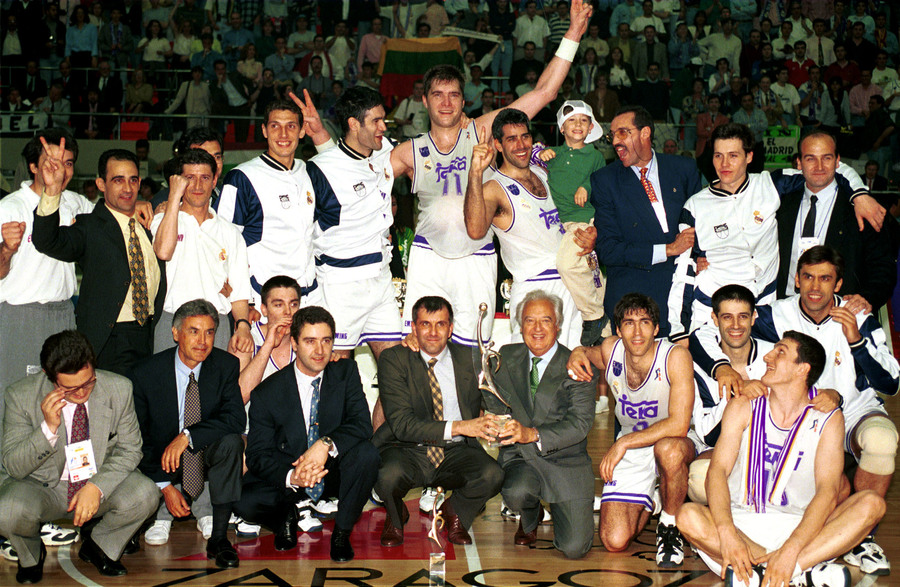 No matter the years of experience or the quality of the team, a Final-Four was always so difficult for me, because, don’t laugh, there is not enough sleep!

Back in my days there wasn’t a radio in my cell phone or the technology to listen to somebody’s podcast, like I do know, before I go to sleep.

It was so difficult for me to sleep and get some rest during the Final-Four and I was always so concerned how I would go to such important games without the proper rest.

The adrenaline is up.

The Final-Four is certainly something different, but it’s always so much fun.

There is pressure, but it’s what you live for as a professional.

Anybody who knows anything about NFL, the football in the United States, they would know that the Los Angeles Rams were a way better team than the New England Patriots all season, but only the finale matters.

And a few months ago the Patriots won the Super Bowl.

You might be good but also young, dumb and naive and perhaps you don’t know who you playing for.

That’s what Zeljko Obravovic’s Fenerbahce went through. They lost, they came back to win the trophy and now they are almost every year in the Final-Four.

That’s what Madrid went through and coach Pablo Laso and his players learned from.

When you are experienced, you know how to react in basic and certain things, because you can’t teach an old dog new tricks in a weekend. 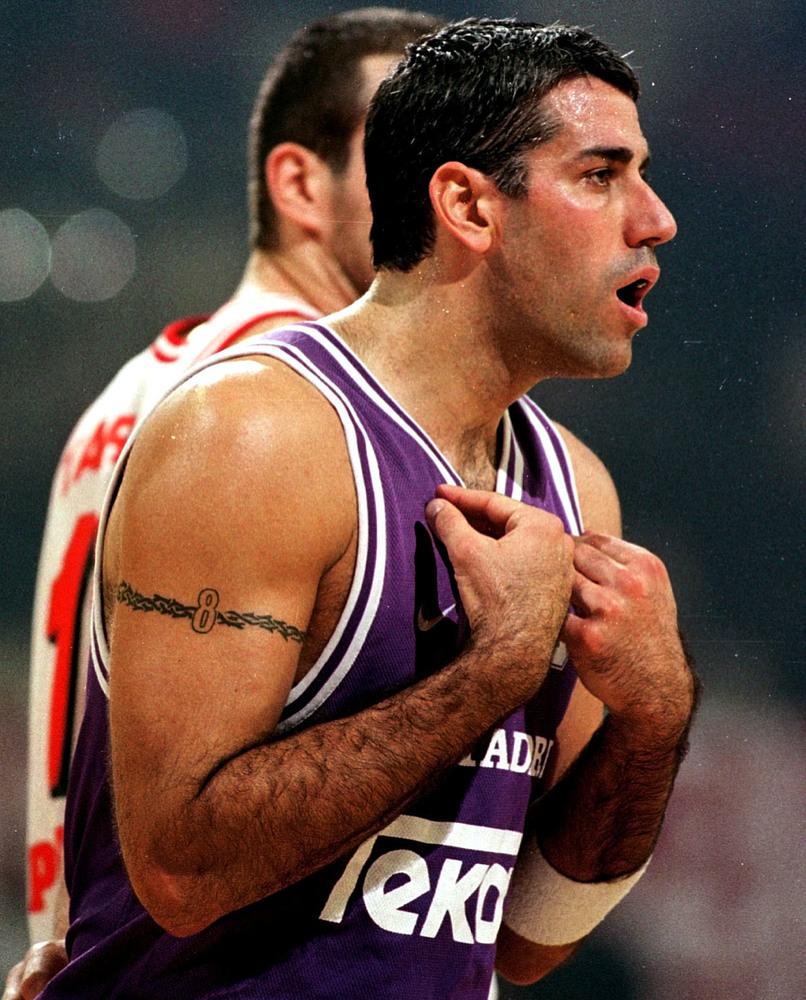 The story of an underdog is complicated.

Who can point a less experienced team in a Final Four?

A team that can advance in the semifinal is totally a quality one.

The last season’s scenario with Zalgiris in the Final-Four was different.

It was amazing to watch them playing and in the back of my mind I thought it would be beautiful if they had won.

Zalgiris won as an underdog back in 1999.

Even for an underdog, all you have to do is win the first game and then the situation is a totally different story.

You don’t want to play in the 3rd-4th place game on Sunday, so the pressure is to win the semifinal, which is the hardest game, until the next one…

As far for the mental approach, I was the type of person that I didn’t want to change my daily routine during the Final-Four.

There are certain things you can control and others that you can’t.

We go back again to the experience factor.

If you have been there two or three times you know what’s going on and what you have to do.

The year that we won with Real, back in 1995, coach Obradovic barely let us take a nap.

He took us out to lunch in Zaragoza a few hours before the final against Olympiacos and I was so angry at him, because I wanted to sleep!

Zeljko and I are two people with aggressive characters and I was never afraid to step up and speak to him in a good or a bad way. 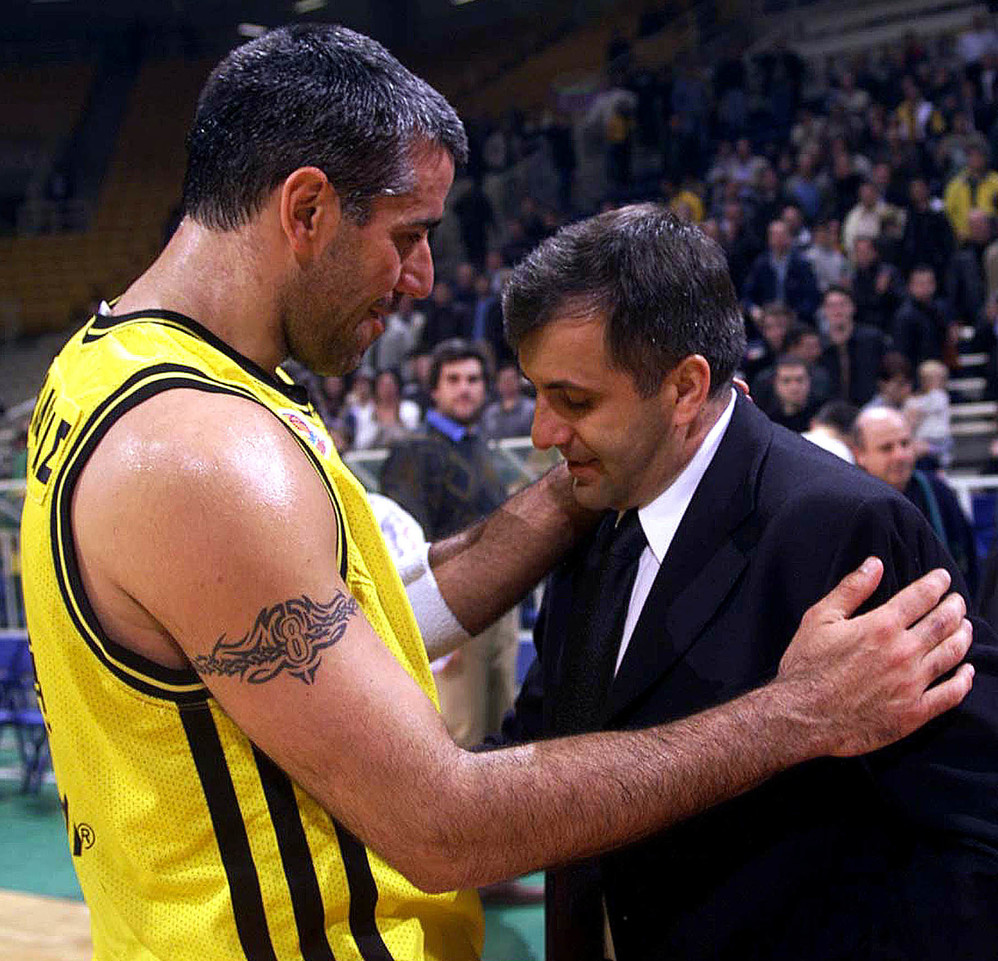 I was so mad at him that he took us out there and he looked at me and said: “Don’t be stupid. You are not gonna sleep anyway and you can get a good meal!”.

I am so old now but I don’t really remember if we tried not to talk about basketball during the Final-Four.

Of course you discuss it after you find out the team you playing against in the semifinal and then in the final, such as during the preparation for the event.

Back in 1995, I remember we lost at Girona in ACB the weekend before the Final-Four in Zaragoza. We lost by 20!

But we knew we were just waiting for the semifinal.

It would be great if you can clear your mind in the Final-Four, but it’s almost impossible not to talk about basketball.

Before the 1995 games, even if we had Sabonis, we couldn’t help ourselves and we were talking about facing monsters like Volkov, Fasoulas and Tarlac of Olympiacos.

After the semifinal and the 62-49 victory over Limoges, we were talking about Eddie Johnson’s shooting. I think he scored 27 against Panathinaikos in the other semifinal.

But, to tell you the truth, you talk about it but you don’t feel the pressure. When you step into the court, even the final is just another game and you have to do your job and what you paid for.

It was a good thing we had Zeljko Obradovic in our corner.

There is no “Final-Four mode” or mood for Obradovic.

I honestly believe that Zeljko’s preparation for a game can’t change whether it’s a simple league game or a Final-Four game.

I am always speaking from my experience and I just think that the only thing that changes is the intensity of the preparation for his teams.

His players are also like that. No matter what, once the game started Zeljko was Zeljko and that was it.

He has been too many years in this situation.

I think he is more intense right now and I am always worried about his health!

It’s crazy when he turns into that red face!

It’s funny because so many players say it’s difficult to play for him.

They remember how tired they were or how hard was to deal with him.

But as soon as you ‘re done and you walk away, you look back and realize that it was the greatest thing and the greatest experience.

My greatest achievements came playing for Obradovic and I am very thankful for that.

Ismael Santos was my roommate in Zaragoza’s Final Four.

He had great defensive games against Olympiacos and Eddie Johnson in the final and against Michael Young two nights before, vs. Limoges.

I remember that he told me in our room that he was going to keep both Young and Johnson under ten points!

I thought he was just being crazy, but, boy, he did it!!!

He kept Young to nine points and he scored seven. I had 12 and Sabonis scored 21.

We qualified and two days later Santos also kept Eddie Johnson to nine points in three out of 14 shots and he also scored seven points.

I had told Ismael that this can’t happen with these guys. They play 40 minutes and they shoot too much. I said: “Man, that’s impossible” and he replied that he will deliver for us.

He stayed true to his words.

My best memory from a Final-Four is obviously winning in 1995.

It was a special year for us. We wanted to repeat, especially in our first season without Sabonis, as Arvydas had moved to the NBA to play for the Portland TrailBlazers.

For me, personally, it would have been great to win a title without Sabonis.

Two of my biggest losses were against Barcelona and it’s crazy because when you look back sometimes you remember those games more than you do for victories.

Winning is what you supposed to do, but losing hurts so bad.

When you lose, you may spend days or weeks in your house. You don’t wanna go out, you don’t want to see anybody.

That’s why I still remember that loss in the 1996 semifinal and the loss in the fifth ACB final from Barcelona on our home floor, in 1997. 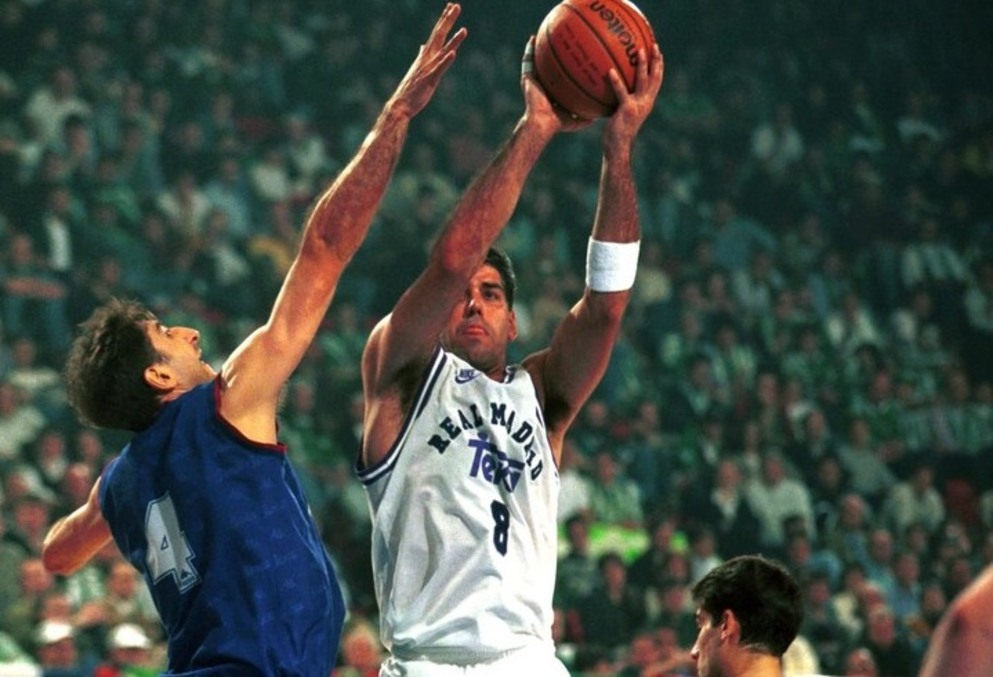 The feeling of winning in a Final-Four is elated. But I still recall that when I went to the locker room after beating Olympiacos and holding the trophy, there was also a feeling of emptiness…

Even if I thought we worked so hard for nine months and it was all done in a 40-minute game.

I felt empty and I thought: “Now we have to start all over again”?

I guess it’s difficult for a coach to motivate his players after winning or losing.

Pablo Laso lost two Euroleague finals. After the 2013 one, against Olympiacos, he went back and won the competitive Spanish League.

In 1994 we lost to Obradovic’s Badalona in the Euroleague’s quarterfinals and then we stop practicing for two weeks.

We were just running with the physical trainer, just lifting weights and stopped talking about basketball, as coach Clifford Luyk wanted.

And we won the ACB easily, beating Barcelona in the three games in the finals and we had only two losses in 12 Playoffs games. 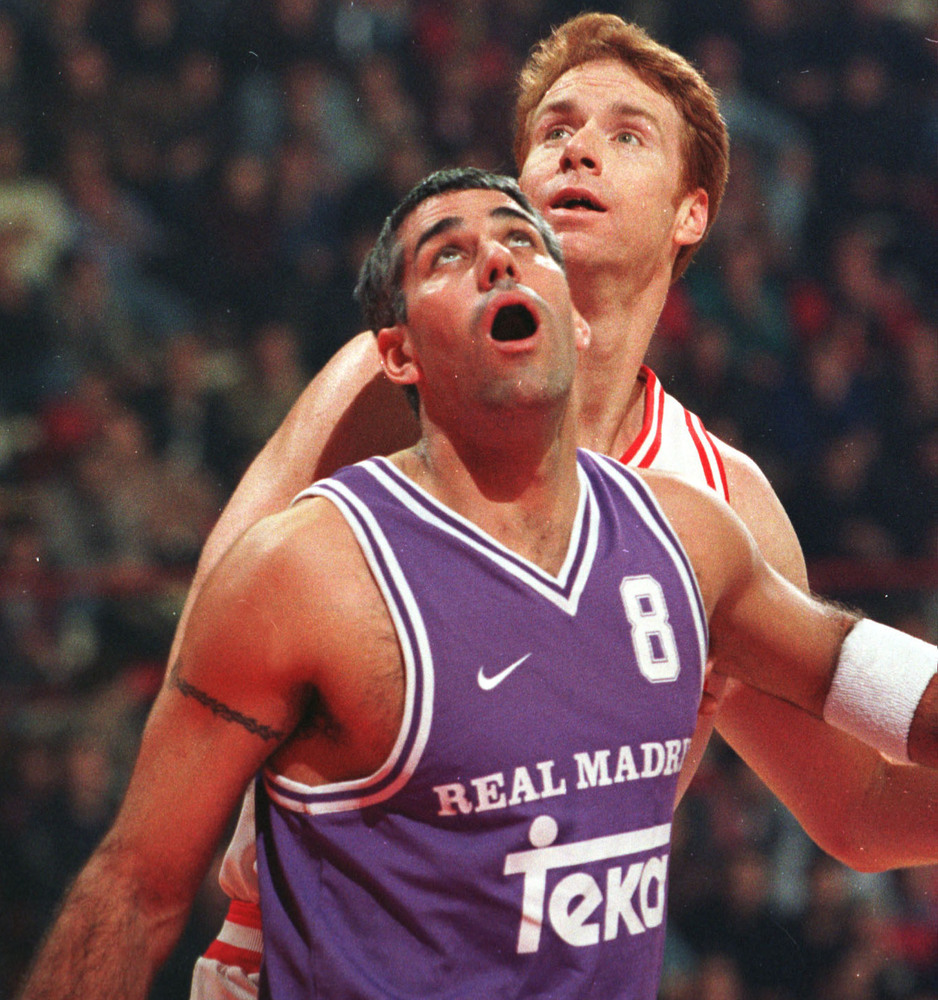 There are different ways to motivate a team after you win or lose.

It seems easier when you win because you are still hungry for more titles.

Perhaps, when you win the Euroleague you have a thought like “now we won and it doesn’t matter what will happen in Spain” but it’s not like that and great coaches can motivate their teams.

That’s what separates the great teams from the others.

That’s what separates great players from the rest.

That’s what you can get by playing in the Euroleague’s Final Four.

Joe Arlauckas is a former basketball player and now a Euroleague ambassador and a sports commentator for Euroleague TV.

CHECK IT OUT: Joe Arlauckas: “Give me the ball”